The 1Password Support website was built from scratch with Hugo and enhanced with React and Elasticsearch to give us the best of both worlds: The simplicity and performance of a static site, with the richness of a hosted web app. 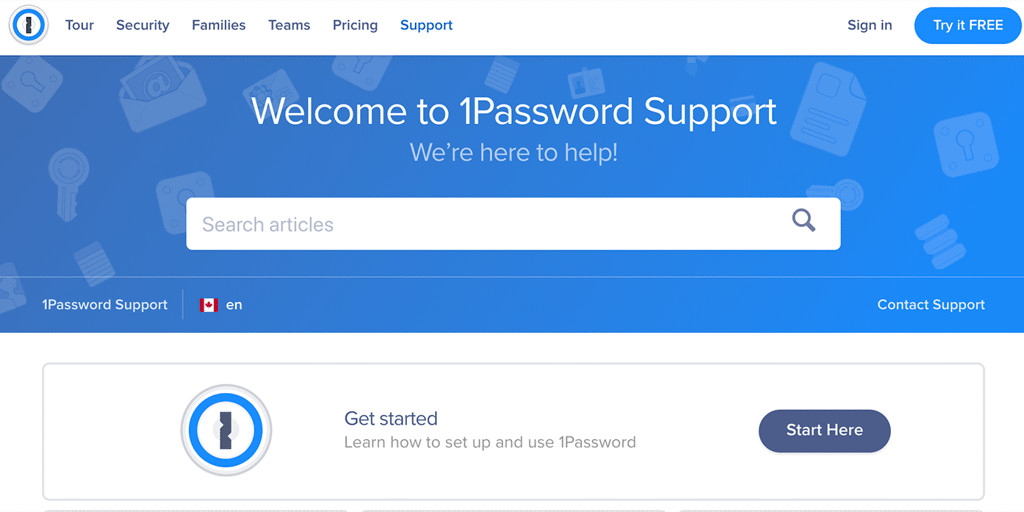 At 1Password, we used to go through a different documentation platform every month: blog engines, ebooks, wikis, site generators written in Ruby and JavaScript. Each was inadequate in its own special way. Then we found Hugo. We made one last switch, and we’re glad we did.

Not all static site generators are created equal

Finding a tool that will make your customers, writers, designers, and DevOps team happy is no easy task, but we managed it with Hugo:

Hugo is static. We’re a security company, so we swear by static sites and use them wherever possible. We feel much safer pointing customers at HTML files than at a complicated server which needs to be hardened.

Hugo is Go. We love the Go programming language at 1Password, and we were delighted to learn that Hugo used the same Go template syntax that our designers and front-end developers had already mastered.

Hugo is FAST. Our previous static site generator took nearly a minute to compile our (then much smaller) site. Developers might be used to this, but it wasn’t cutting it for writers who wanted to see live previews of their work. Hugo did the same job in milliseconds, and to this day compiles 400 pages in five languages in the blink of an eye.

Hugo is flexible. Thanks to Hugo’s content and layout system, we were able to preserve our existing file and folder structure and port our entire production site in a few days. We could then create new content types that weren’t possible before, like these snazzy showcases.

Hugo is great for writers. Our documentation team was already comfortable with Markdown and Git and could start creating content for Hugo with zero downtime. Once we added shortcodes, our writers were able to dress up articles with features like platform boxes with just a bit of new syntax.

Hugo has an amazing developer community. Hugo updates are frequent and filled to the brim with features and fixes. As we developed the multilingual version of our site, we submitted PRs for features we needed and were helped through the process by @bep and others.

Hugo is simple to deploy. Hugo has just the right amount of configuration options to fit into our build system without being too complicated.

Last Update: June 2, 2020
Improve this page
The Showcase articles are copyright the content authors. Any open source license will be attached.