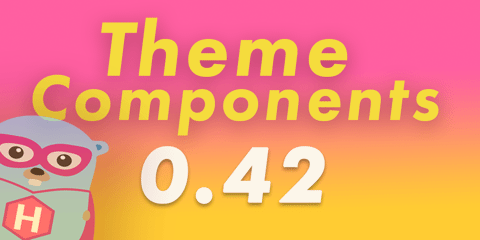 Read more about Theme Components in the Hugo Documentation.

The feature above was implemented by @bep, the funny Norwegian, with great design help from the Hugo community. But that implementation would not have been possible without Afero, Steve Francia’s virtual file system. Hugo is built on top of Afero and many other fast and solid Go projects, and if you look at the combined contribution log of the Hugo project and its many open source dependencies, the total amount of contributions is staggering. A big thank you to them all!

This release represents 27 contributions by 7 contributors to the main Hugo code base. @bep leads the Hugo development with a significant amount of contributions, but also a big shoutout to @onedrawingperday, @anthonyfok, and @stefanneuhaus for their ongoing contributions.

And a big thanks to @digitalcraftsman for his relentless work on keeping the themes site in pristine condition and to @kaushalmodi for his great work on the documentation site.

Many have also been busy writing and fixing the documentation in hugoDocs, which has received 8 contributions by 5 contributors. A special thanks to @bep, @LorenzCK, @gavinwray, and @deyton for their work on the documentation site.